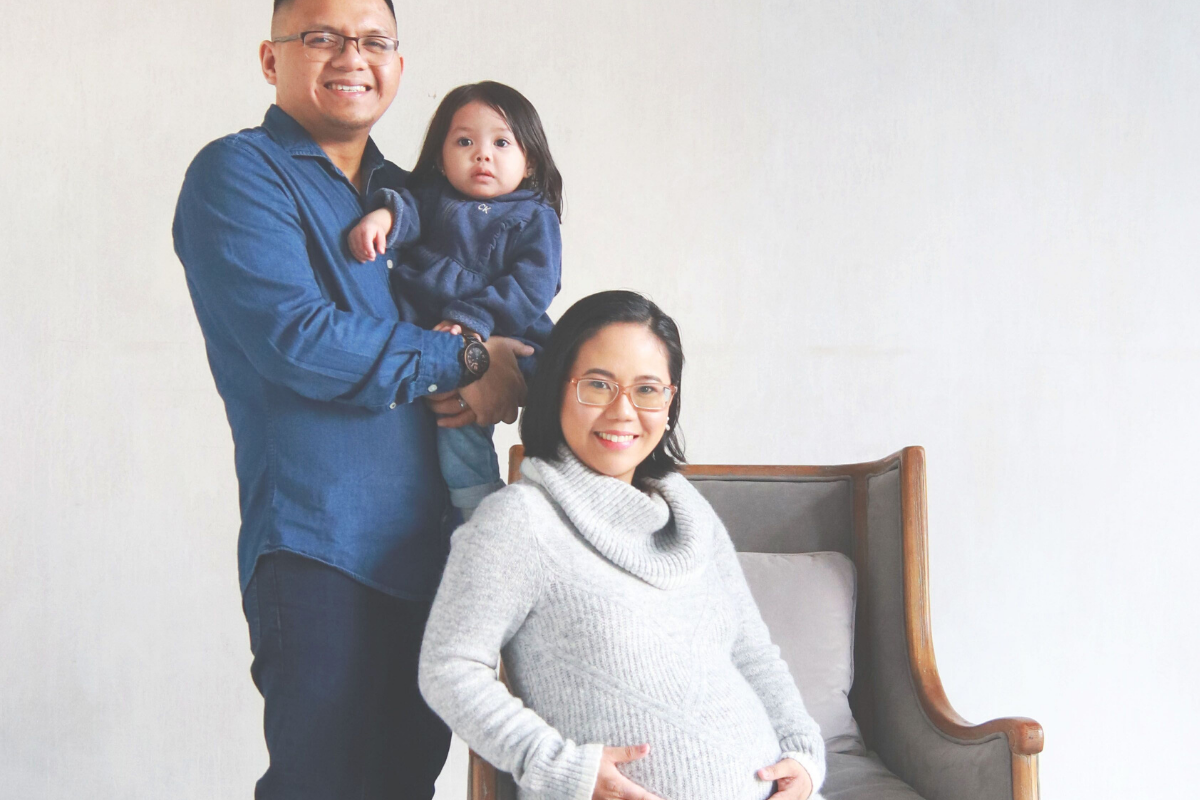 Like many families living in Toronto, the Alinas’ had to move out of the city due to the rising cost of rent. Between housing costs and budgeting for their firstborn child, city life was no longer feasible for their growing family.

Two years ago their Toronto basement apartment experienced a leak in the roof. It destroyed many of their personal belongings and work electronics. The landlord gave them the option to break the lease and move out. Alberto and Karen took her up on the offer and moved to Oshawa despite wanting to stay in the city. It was cheaper to rent in Oshawa, and Karen was two weeks away from giving birth to their first child at the time.

Alberto works at a Toronto bank in IT. Karen is a freelance writer. Moving to Oshawa nearly doubled Alberto’s commute to work. He missed spending valuable time with his newborn daughter because of the added distance to his commute.

After nearly a year of renting in Oshawa, Alberto and Karen decided not to renew their lease and move in with Alberto’s parents. Shortly after moving in, Karen learned that she was pregnant with their second child. Their plan was to try and save enough money to buy a home of their own. Even though they weren’t paying as much in rent, living with Alberto’s parents was a constant challenge for the young family.

Alberto’s parents’ house is a three-bedroom home and had five adults, one child, and a dog living it in at the time. Most of their family’s stuff, including the baby’s toys, were relegated to a single bedroom. It was a constant struggle getting ready in the morning and keeping the room organized. Karen couldn’t find the space she needed to concentrate on her writing living in that house. Alberto loves to cook, but he rarely used the kitchen because it wasn’t his own.

“It’s not like we were getting kicked out from my in-law’s place, we just wanted our growing family to have our own space,” said Karen. “With one kid, we couldn’t get all of our stuff inside my husband’s bedroom. With another baby on the way, it was time to move out of the house.”

After consulting a realtor group and a mortgage specialist, Alberto and Karen determined that they could not afford to buy a home while raising their children. They needed to find a creative solution to become homeowners. They found it in Habitat for Humanity GTA’s homeownership program.

Alberto and Karen made sure they prepared all the paperwork Habitat requested at the information session, in a timely manner. It made the application process go exceptionally smooth.

“Working with the Family Services staff at Habitat for Humanity GTA, I realized that everyone was great to work with,” said Alberto. “They provided clear answers to all of our questions, and we even met the CEO when we came into the office for an information session. She went out of her way to introduce herself when she saw us in the hall, which made us feel at ease.”

In 2020, the Alinas’ will be moving into their new Habitat home. Located in downtown Toronto, they can’t wait to move into the condo building and experience all of the amenities that it has to offer. The family is also excited to experience the family-friendly activities available to them in the city – taking walks along the lake, a variety of children’s programs, and the diversity that the city has to offer.

For Karen and Alberto, they’ll finally have the freedom of having their own home in Toronto. Alberto will be able to cook meals for his children while Karen can manage her own household and schedule. She will also have more opportunities to network and make connections in the publishing industry. And Alberto’s commute to work will be shorter, allowing him to spend more time with the family.

“Becoming homeowners and getting into the housing market is one of our proudest accomplishments,” said Karen and Alberto. Habitat for Humanity GTA made it possible for our family to own a home and move back to Toronto.”

Deprecated: Directive 'allow_url_include' is deprecated in Unknown on line 0