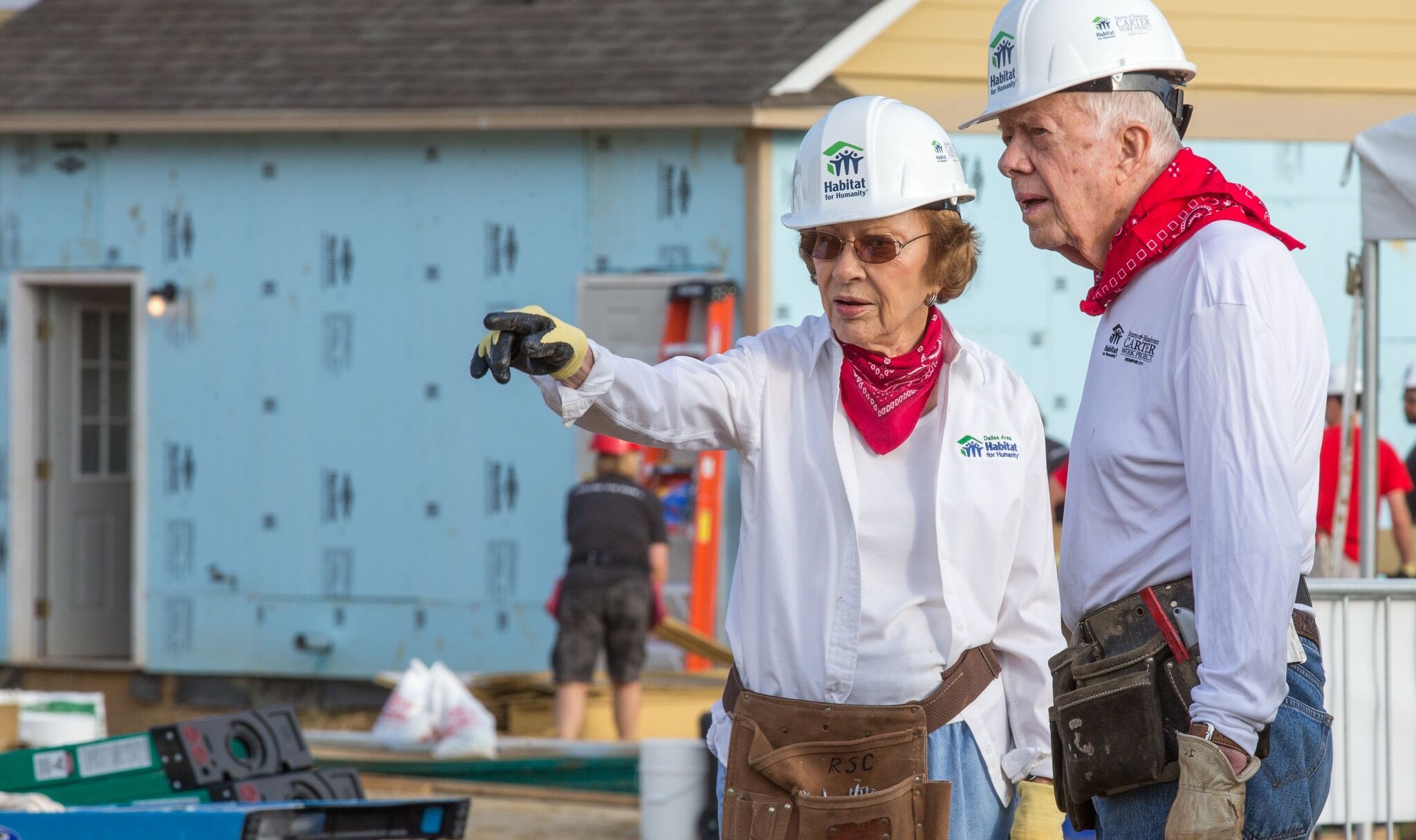 In the spirit of Women Build, let’s take a look at seven female celebrities and public figures that have made a difference in their communities and abroad through Habitat for Humanity. At the same time, we can’t forget to thank the hard working and talented women who continuously support us here at home. Thank you Sherry Holmes, Jennifer Valentyne, Mag Ruffman and Monika Shnarre for contributing to our Women Build legacy.

We couldn’t ask for a better person to represent us as our Women Build Ambassador over the last two years. As a woman in construction, Sherry got her start in the trades back in 2008 when she travelled to New Orleans to help build a hurricane- and flood-resistant home for a victim of Hurricane Katrina. Since then she’s been a permanent member of Mike Holmes’ Crew, appearing in shows such as Holmes In New Orleans, Holmes Inspection, Holmes Makes It Right and Holmes: Next Generation. We were delighted to have Sherry at our 2017 & 2018 Women Builds leading the charge as we built homes for families in need of decent, affordable housing.

Jenn is no stranger to a Habitat build site. Over the last 10 years, she’s joined us at Women Builds, Pride Builds, and continues to support our cause through her work on television and radio. From hosting Women Build kick offs to fireside chats at Twitter Canada HQ, Jenn has showed her love and support in many creative ways.

Former first lady, Rosalynn Carter has supported Habitat for Humanity for over 35 years. Alongside her husband and former President of the United States, Jimmy Carter, she’s dedicated her time and strength to building homes for future Habitat homeowners around the world. Rosalynn and Jimmy founded the Carter Work Project in 1986, and together, they have worked alongside more than 100,000 volunteers.

World’s youngest self-made billionaire, Kylie Jenner has become an embodied figure to women around the world. Last year on her 21st birthday, Jenner took to Twitter to announce that a portion of all proceeds from products purchased at KylieCosmetics.com will be donated to Habitat LA. The immense response to her Tweets helped raise enough funds to build a home for a Habitat family. Jenner has plans to attend a special build day to help build the home she funded alongside its future Habitat homeowner.

Kelly Rowland is a singer, songwriter, actress, and one of the founding members of the musical group Destiny’s Child. Rowland has won four Grammy Awards, three with Destiny’s Child and one as a solo artist. In 2014, Kelly worked on a Habitat home in Compton, Los Angeles, despite being pregnant at the time. She didn’t let pregnancy slow her down as she built a home alongside groups of women, including Tina Knowles, Beyonce’s mother. Here’s a clip of Kelly and Tina on the build site.

Two-time Country Music Award female vocalist of the year Trisha Yearwood is a true Habitat Humanitarian. Since 2007, Yearwood and her husband Garth Brooks have been volunteering side-by-side with Habitat for Humanity. The Habitat power couple has lent a hand around the world building for the annual Carter Work Project and National Women Build Week.

Bollywood Actress Jacqueline Fernandez is a continuous supporter of Habitat for Humanity in India. In 2016, she launched a campaign called “Jacqueline Builds” in support of the rebuild efforts from a flood that swept through Chennai, India. Shoulder-to-shoulder, Fernandez, Habitat India and its volunteers have built 10,000 homes. And her advocacy efforts haven’t stopped. Fernandez has amerced herself in Habitat build efforts across other parts of India including Kerala and the pacific region of Asia.

You can join this list of amazing women.
Register Today

Register to fundraise and come out and build with us at our Pinery Trail build site this May during Women Build 2019 – we’ll be celebrating our 10th anniversary this year!