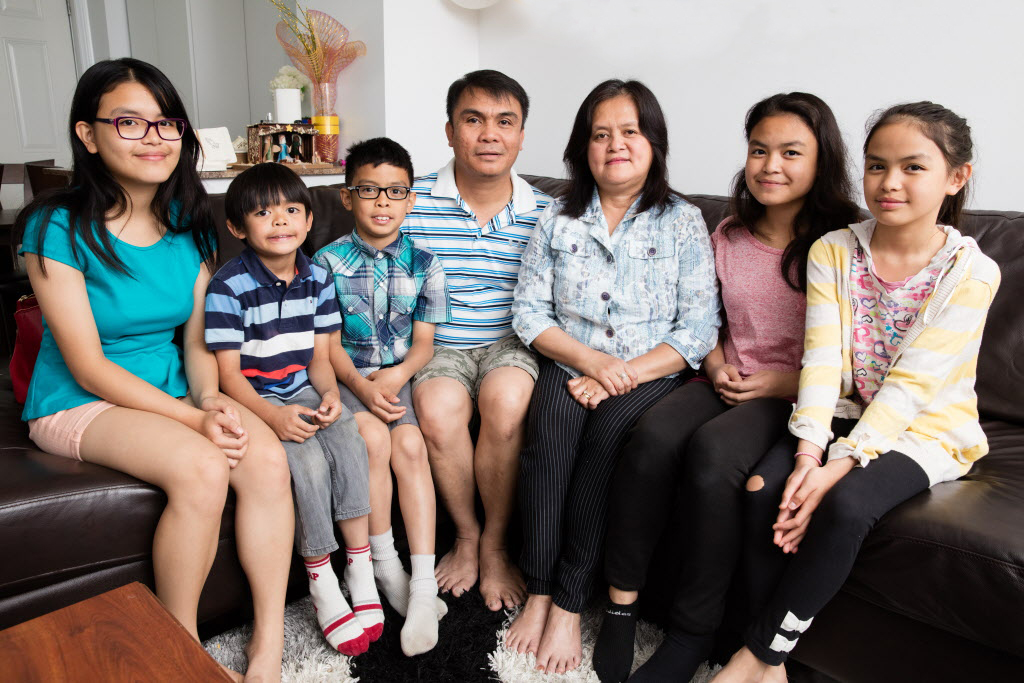 My daughter graduated from elementary school this year and was named Valedictorian, It was such an honour for my family…

For the Gabinete family, homeownership was a distant dream. With five children, Joel and Babelyn continually struggled to provide a safe space for their family of seven.

Originally from the Philippines, their family came to Canada in 2005 with hopes for a better future. Since their arrival, they have been living in an overcrowded and unsafe two bedroom apartment.

The stresses that came with inadequate housing fell heavily on the couple’s shoulders. Their sons, Timothy and Daniel, shared a bedroom with Mom and Dad, while daughters Jobelle, Agatha, and Charlotte, share a single bedroom.

“I always wished for my children to have their own bedroom,” says Babelyn. “Mice and cockroaches were also a frequent occurrence in our old apartment, and the building was unsanitary and unsafe for our children to live.”

All that changed when Babelyn heard of Habitat for Humanity GTA. The couple were overjoyed when they received news that they qualified to be Habitat homeowners at the Torbram Road project in Brampton.

“My children have their own space to study and play,” says Babelyn. I am so happy for them. My daughter graduated from elementary school this year and was named Valedictorian. It was such an honour for my family as she also placed first in her school’s Science Fair. I know a big reason why was because she has a safe, decent home with space and privacy to concentrate on her studies.”