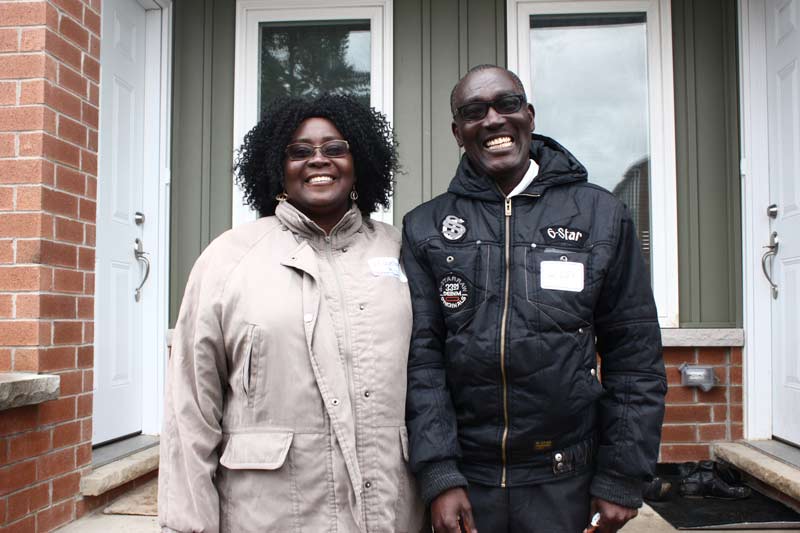 After immigrating to Canada from Ghana in 1992, Jacqueline Botchway and her husband Kojo met and started a family. For years, they struggled to make ends meet as they raised their four children, Daniel (23), Edward (20), Edmund (20) and Sarah (18). Unable to afford an adequate sized rental, the Botchways were forced to live in overcrowded conditions. So overcrowded, that Kojo and Jacquie had to share a bedroom with their daughter.

But that wasn’t the only problem. Jacquie describes where they lived for 20 years in a housing complex in the west end of the city as “very crowded and noisy”. But when asked for more details, she admits, “It was so bad. Police were always in the area dealing with issues. I was very stressed.”

She talked about the horror of witnessing or hearing about a person being killed right in the complex in broad daylight on at least two occasions. “Every time my children were not home from school on time,” remembers Jacquie, “I had to sit and wait and worry about whether they would come home. Children were being killed right in front of everybody! I had to find a way out…a better place to raise my kids.”

Jacquie recalls praying and crying a lot during those years. That all changed when one day, she saw an ad for Habitat for Humanity GTA on TV and decided to apply for Habitat homeownership. She looked it up on the internet, learned the facts about eligibility and told her husband, “We’re moving.”

After an extensive application process and waiting period, they got their answer from Habitat. “It’s something I will never forget.” She describes the moment they first learned that they had been selected to become Habitat homeowners. “It was the best Christmas gift you could ever ask for,” she remembers. “It was right after New Year’s, so it was like having a second Christmas!”

The Botchways have been living in their Habitat home in Brampton since May, 2016. She talks about the difference it has made for their family, mentioning that schools are much closer for the children and the children are less stressed. “Sarah has her own room now, says Jacquie. “We’re just so happy to have our own space. There’s nobody being hurt. We have a peaceful place to live. We are here and we are home.”

But their Habitat home surrounded by family has an even greater significance for Jacquie. She herself only lived with her parents for a short time while growing up. Her mom and dad moved to Canada when she was small and she was raised by her grandparents in Ghana. When her Grandma died in 1981, she and her siblings were forced to look after themselves, until their parents were able to afford to sponsor them to come to Canada.

“I have something that I never dreamed of having. My family growing up around me. Sometimes when I’m lying in bed, I have to pinch myself to make sure I’m not dreaming. I thank everyone who helped out to bring us here.”