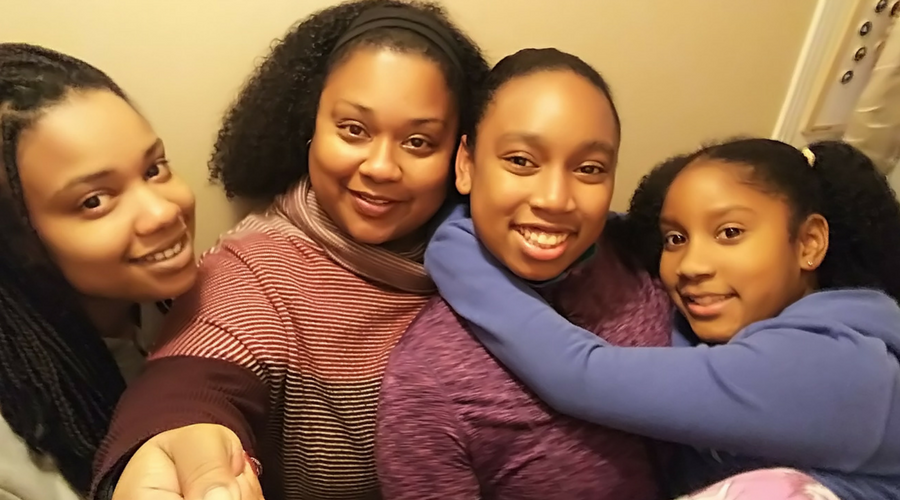 It means so much to finally have a home of our own, something I can pass down to my children.

Dionne, a single mother of three, wants a stable home for her children.

“In 1993, I had my first daughter,” explains Dionne. “I went to college and got a job. Being a single mother and having a career in the advertising industry was not as realistic as a goal as I thought.”

Dionne found herself many years later with a family of 3 daughters, living in the basement of her parent’s house. Separated from her husband, the family started to regain stability living alongside her parents. But it didn’t last.

Dionne received the news that her parents will be selling their home, and that she needed to find a new place for her family to live. She set out to find a 3-bedroom place to rent, and quickly discovered that she couldn’t afford one in the GTA.

The family decided to move into a 2+ bedroom apartment in Brampton with her sister. The apartment was over-crowded, and the neighbourhood was unsafe.

“My 2 daughters slept in the solarium, while my eldest slept in the living room,” explains Dionne. “Police, firefighters and ambulances often came to our building and there were incidents of suspected predators and crime in the area. I was afraid to let my kids play outside.”

“I knew about Habitat for Humanity GTA since 2004, but the thought of myself being a Habitat homeowner seemed like a distant fantasy,” says Dionne. “Since I had nothing to lose, I decided to make the call.”

She is glad she did. After receiving news that her family will be moving into a Habitat home on Kennedy Rd. in the Town of Caledon – one Dionne pays for with affordable mortgage payments geared to her income, her outlook on life changed.

Being able to give her daughters their own bedrooms, and the freedom to go outside without worrying about their safety, relieves a lot of stress. Dionne will no longer have to worry about her children’s well-being as she builds strength, stability and independence in a Habitat home.

“It means so much to finally have a home of our own, something I can pass down to my children,” says Dionne. “My daughters are excited to start painting and decorating their rooms, something they could never do before.”