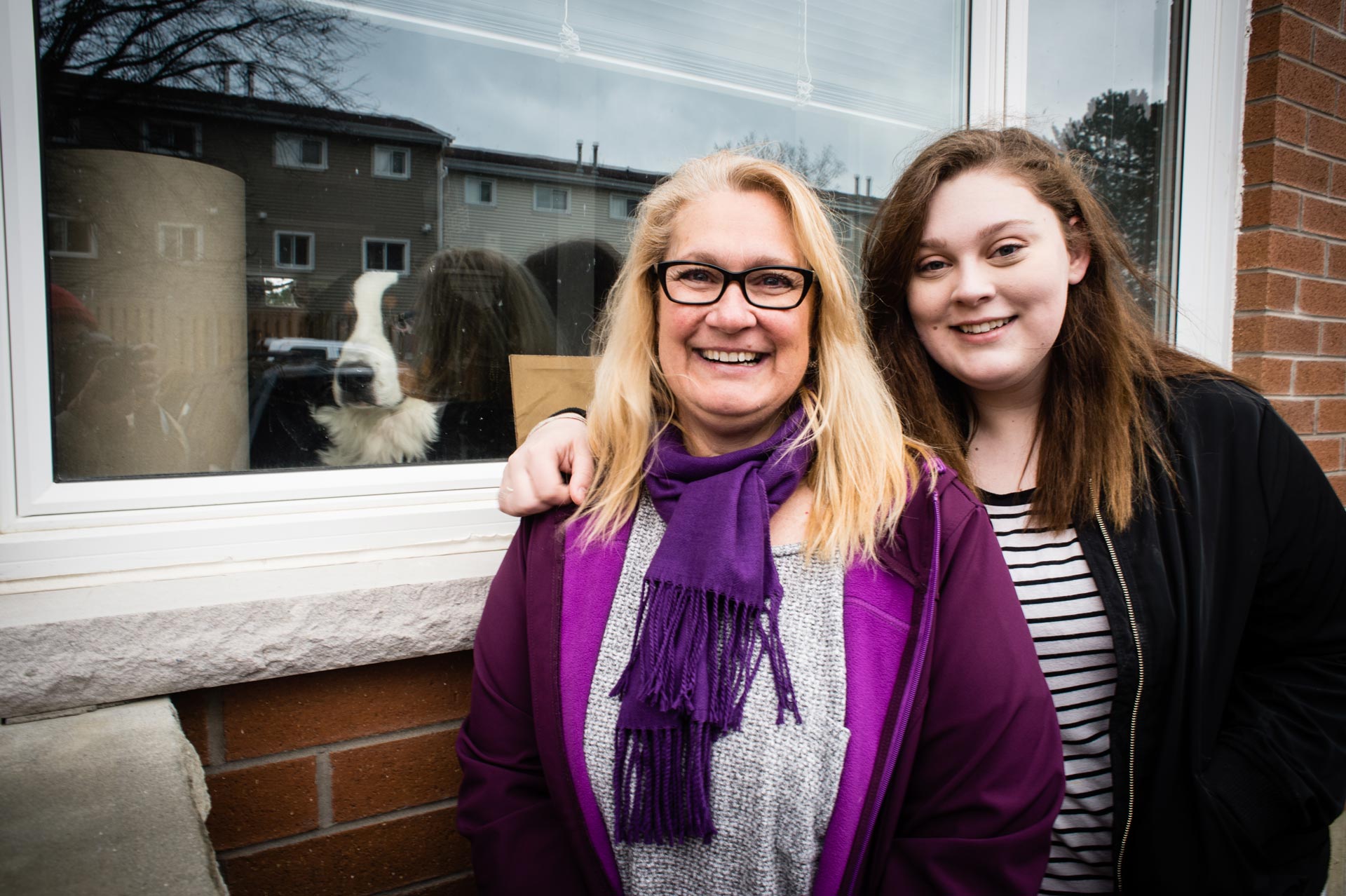 We’ve been through so much together, and knowing that we are living in a safe home that we own, that is free from abuse and fear, makes me so hopeful about our family’s future.

In spring of 2005, Maria decided that the abuse needed to end. After experiencing years of mistreatment by her now ex-husband, Maria left her home with her 6 year-old daughter, Schuyler, to start over.

But this transition was not easy. “We were living in the States and I didn’t have a place for us to stay when I left home,” says Maria. “I had no choice but to go to a women’s shelter for a period of time.”

During her divorce proceedings, Maria learned about Habitat for Humanity. While she considered applying for a home through Habitat in the United States, she decided that moving back to Canada, giving her daughter a fresh start, was important.

“I gave it some thought but decided it be best for Schuyler and I to rebuild our lives somewhere new. I didn’t want the trauma of the abuse to impact her more than it already had. We needed to move far away from the pain the both of us had experienced over the years.”

Although she was sure that it was the right decision to move back to Brampton, it was difficult to move so far away from the only home her daughter knew.

Maria hadn’t lived in Canada for many years, and the uncertainty of where she’d find a job, a place to live, and a new school for Schuyler was weighing on her.

“Thankfully, I did find a job and life was starting to get better, but our living arrangements were very poor,” says Maria.

With the rising housing costs in the GTA, a poorly-maintained, cold basement apartment was all that Maria could afford.

“The apartment was dark and we felt isolated. We didn’t know our neighbours, and our place was too small to have friends over. I couldn’t even fit a desk in Schuyler’s room so she could do her homework.”

It grew worse over the winter months. “The heating didn’t work properly.  We were constantly freezing, and I worried that my daughter and I would get sick,” says Maria.

Maria knew something had to change.

Her friend mentioned that she should apply to Habitat for Humanity GTA. She remembered the organization from her time in the United States and decided to apply.

“It was a long process but I was so happy that I applied,” says Maria. She was excited to receive the news that they were accepted as a partner family. She couldn’t wait to start her journey to homeownership.

At the first Habitat GTA homeowner information session, Maria and Schuyler met their new neighbours. Right away the families started talking and getting to know each other. “For the first time since moving back home, we felt like we were a part of a community. I wasn’t alone.”

Maria fulfilled her 500 volunteer hours of sweat equity on the Torbram build site during her Saturdays off work. “It meant so much to me for my daughter to see how hard I worked to get us our home,” says Maria.

After moving into their Habitat home on in October 2016, the first thing Schuyler did was invite her friends over for a Halloween party. “As a mother, it felt so good to see my daughter finally want to have her friends come over to our home. It made me so happy to see them smile, laugh, and hang out together.”

Once settled into her new home, her daughter started to flourish.

Schulyer used her artistic talents to decorate their new home and paint her room – something she couldn’t do in the old apartment.

Schuyler recently graduated from high school, which meant so much to Maria. “I am a proud mother,” says Maria. “We’ve been through so much together, and knowing that we are living in a safe home that we own, that is free from abuse and fear, makes me so hopeful about our family’s future.”