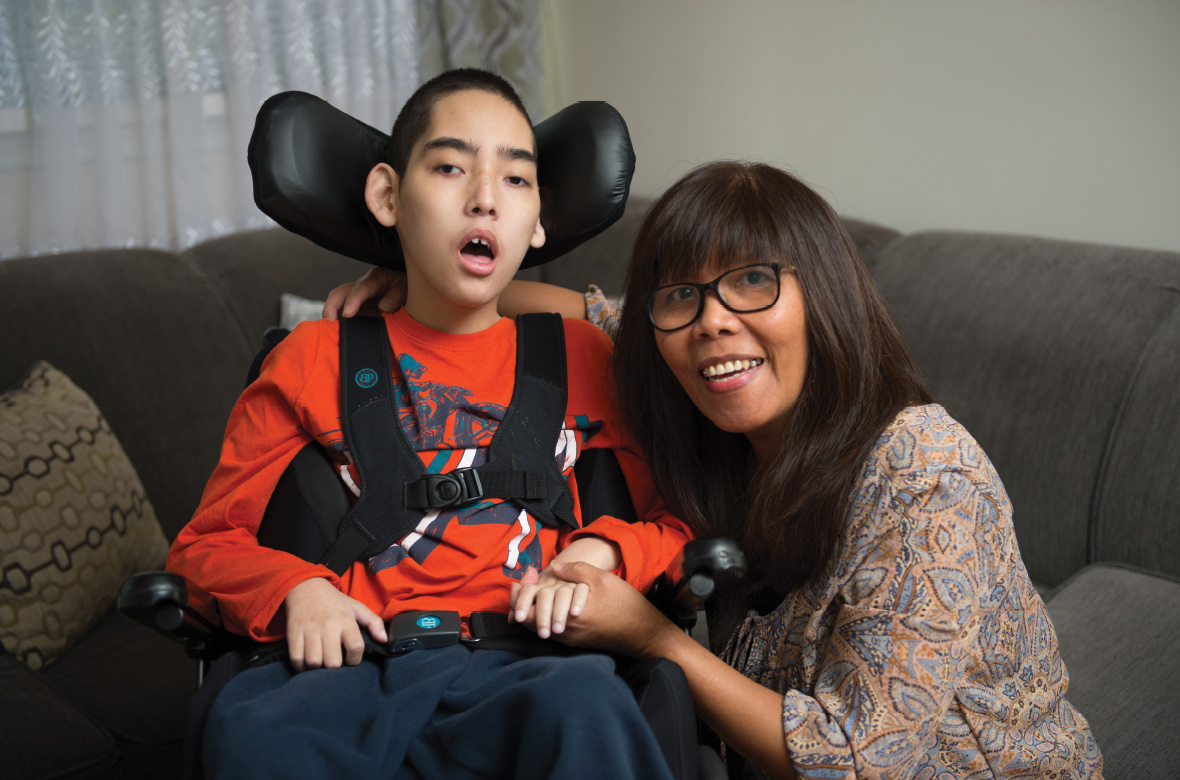 After learning that we had been accepted as a Habitat partner family, that we will have a home that wouldn’t cause Brendell even more pain, was one of the happiest days of our lives.”

Can you picture, for a moment, a mother spending the holidays in the intensive care unit with her sick son?

When the Valderrama family began their journey with Habitat for Humanity GTA, Leomina was determined to offer her four year old son Brendell, the best life possible. Confined to a wheelchair and using an oxygen tank to breath and a feeding tube to eat, Brendell suffers from a rare condition that requires 24-hour care to survive.

During the first 3 months of Brendell’s life, Leomina called the hospital her home. “We bounced around to 5 different hospitals in 3 months just to keep Brendell alive,” explains Leomina. “Our first Christmas as a family was spent by Brendell’s side at the children’s hospital.”

When Brendell arrived home from the hospital, Leomina had to quit her job to take care of him full time. Her husband took on a second job to provide for the family, the best he could.

The housing conditions were intolerable

Living in a small basement apartment was a daily struggle for Leomina and her family. They didn’t have enough space in their home for Brendell to move around with the equipment keeping him alive.

“When Brendell was young, we had to move him with his wheelchair and oxygen tank just to get ketchup out of the fridge when we were having dinner,” says Leomina. “Since our place was so small, we ended up eating most of our meals in the living room as there wasn’t enough space for our family to eat around the table.”

“Brendell continuously got sick living in our apartment,” explains Leomina. “On average, we had to take him to the hospital 5 times a year because of severe asthma attacks and pneumonia triggered by the condition of our apartment. It put a lot of stress on our family.”

And on top of all that, Leomina had to lift Brendell out of his wheelchair to carry him down the stairs to the sidewalk, a struggle all the time but especially during winter. On heavy snow days, Brendell sometimes had to miss school because of their living condtions.

“After learning that we had been accepted as a Habitat partner family, that we will have a home that wouldn’t cause Brendell even more pain, was one of the happiest days of our lives,” Leomina explains. “There’s room for Brendell to move around with his life-saving equipment, we have hardwood floors instead of carpeting to help with Brendell’s breathing, and we finally have enough space to have family meals together around the table.

Leomina believes their Habitat home is a big reason why.